Learn Car Repair, Maintenance, Automotive one course and be Pro on cars. Build your Garage & start your dream job. 2021

One of the things that I find most interesting about automotive technology is how it advances and changes. It is also interesting that ideas from many years ago often return to favour. In this course I have therefore concentrated on core technologies, in other words how the technology works, rather than giving too many examples from specific vehicles. However, I have included some examples of Formula 1 technology, arguably the pinnacle of automotive engineering. Did you know that the 2011 McLaren MP4-26 F1 car is made of 11500 components? And that’s counting the engine as one!

In the past it was possible for technicians to work their entire careers and be able to almost completely avoid the vehicle’s electrical systems. They would specialize in engines, steering/suspension, or brakes. Today there is not a system on the vehicle that is immune to the role of electrical circuits. Engine controls, electronic suspension systems, and antilock brakes are common on today’s vehicles. Even electrical systems that were once thought of as being simple have evolved to computer controls. Headlights are now pulse-width modulated using highside drivers and will automatically brighten and dim based on the light intensity of oncoming traffic. Today’s vehicles are equipped with twenty or more computers, laser-guided cruise control, sonar park assist, infrared climate control, fiber optics, and radio frequency transponders and decoders. Simple systems have become more computer reliant.

Even the tires have computers involved, with the addition of tire pressure monitoring systems!

Today’s technician must possess a full and complete electrical background to be able to succeed. The future will provide great opportunities for those technicians who have prepared themselves properly.

Cars are literally the vehicles by which we see the world, and by which the world sees us. Second in value only to the homes in which we live, cars are the reflection of who we are when we are in transit — out in the world commuting to work or having fun on the weekend. They are also the closet bond most people ever form with a machine. We think a movement, and the car translates that thought, that impulse, into action. The car becomes an extension of ourselves. Few things are as often mutually desired and accessible as an automobile. With that possession comes opportunity, as some folks see it, to do something different. Something cool. As cars become more and more alike with each passing model year, the drive for owners to individualize them grows increasingly stronger. We want to feel something towards our cars.

This Chapter of our Course walks you through what it takes to hack a vehicle. We begin with an overview of the policies surrounding vehicle security and then delve in to how to check whether your vehicle is secure and how to find vulnerabilities in more sophisticated hardware systems.

The automotive industry has churned out some amazing vehicles, with complicated electronics and computer systems, but it has released little information about what makes those systems work. Once you understand how a vehicle’s network works and how it communicates within its own system and outside of it, you’ll be better able to diagnose and troubleshoot problems.

What Will I Learn?

Topics for this course 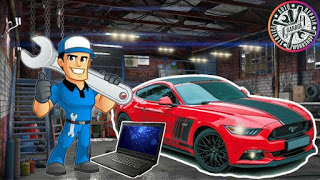